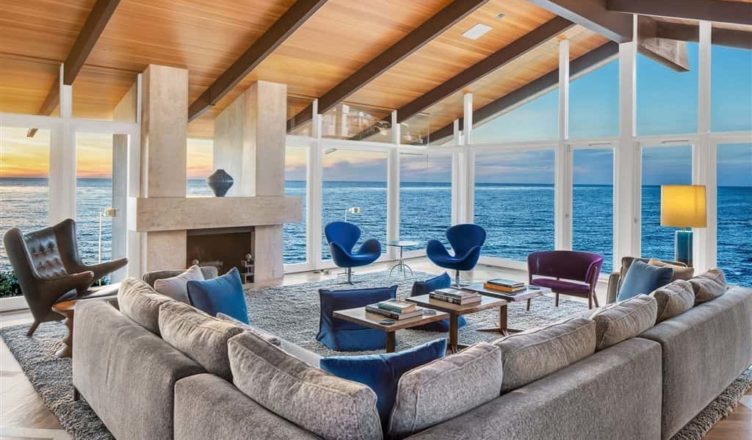 Santa Barbara is well known for its beaches. And you’ll pay a premium to live near any of them. But if you’re considering buying one of the many Santa Barbara beach homes, it pays to know which beaches are better than the rest. Here are the best beaches to live near in Santa Barbara.

This beach is beautiful on its own. It gets points for the many restaurants and bars in the area. And it is often frequented by celebrities.

Hammonds is a beach that is almost exclusive to locals because it is hard to get to. You have to pass under Highway 1010 and take side streets like Eucalyptus Lane to get here. But that’s why there are almost never crowds here.

This beach is a tourist attraction. It is popular for surfing and swimming. There are built-in grills, making it a popular beachside picnic area, too. You’ll see wind surfers and sailboats. And if you live here, then there’s no need to pay for the paid parking spots.

Arroyo Burro Beach, often known as Hendry’s Beach, gets points for being dog friendly. It even has a self-serve dog washing station. You can also visit a number of restaurants and bars in the area.

Do you have kids? Then East Beach is the better choice, since the beach is more family friendly than others. That’s especially true if you’re close to Stearn’s Wharf. This area has a playground as well as lifeguards. Yet it offers a number of activities for the more adventurous from biking on the beach to competitive volleyball. It is also close to the Santa Barbara Zoo and Chase Palm Park.

This beach has almost everything you need; a playground, restaurants, a pier that lets you fish off of it, and barbeque pits. It isn’t as famous as the one by Santa Barbara Pier, but it is less crowded as a result. Yet it is just as good a place for a sunset walk.

This beach is almost exclusively used by people who live in the area, because the beach disappears at high tide. It can only be accessed via stairwells beside a number of private homes. You may not want to have surfers and beach combers walking through your backyard to get to the beach, but you might want to live in a nearby home that gives you great views of the water. Note that the beach is public.

Summerland Beach is located below Lookout Park. There aren’t really any homes right up next to it, but there are a few luxury homes that have view of it and/or Summerland. And you’re right next to downtown Summerland such as it is. The retail outlets are more likely antique stores than bars and surf shops, but there are restaurants in the area. That makes the area more peaceful, and it is certainly less crowded than other Santa Barbara beaches.